“As a pensions novice, I felt that the trustee training course gave me a good grounding.”

“The trustee training course covered a wide variety of subjects which gives a good basis for future discussion and decision making during trustee meetings.”

“Excellent communication - the trustee training course facilitators were clearly knowledgeable and very experienced in their field and able to convey concept and information in a way I was able to understand. ”

“Excellent service - as expected and why PSGS was chosen.”

“Ever increasing regulation has placed a heavy burden on trustees both in terms of time and the risk of non-compliance. PSGS has the experience and the resources to help trustees manage these burdens.”

Trusteeship is all about relationships 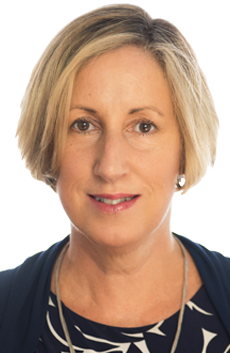 Making relationships work well should be considered an art form. From experience, it’s one I know a professional trustee needs to be a master at.

In new business tenders we’re nearly always asked to give an example of how we’ve worked collaboratively with lay trustees or member-nominated-trustees or pension scheme sponsors or pension advisers (or all of them). With so many examples to draw on – some funny, some tricky, others particularly satisfying – I thought I’d share a few here.

In at the deep end

I was appointed to a new client and had to attend a pension trustee meeting that same day. The trustees had taken investment advice, which they were about to act on and implement a revised strategy. During the discussion, it became clear the advice the trustees had received (and were about to implement) didn’t match what they were actually looking for.

An ‘oh goodness, I need to stop this’ moment is not ideal at your first meeting. Thankfully, I was able to work with my new co-trustees to help them re-examine the decision by explaining the difference between what it is they understood they were getting (full fiduciary management) and what they would be getting if they went ahead as planned. (I then helped the board select a new investment adviser and progress to implement an appropriate solution shortly after.) Crisis averted!

In another case, I was appointed as independent trustee by a scheme sponsor where the relationship between the pension trustees and employer was particularly difficult. There was a great deal of resistance to the appointment of a professional trustee from the existing trustee board. Although not an everyday occurrence, this situation is a fairly common one for us to step into.

Taking time to get to know each of your co-trustees on an individual level is the key here. To build effective relationships (and hence an effective board), I needed to build trust and confidence and truly demonstrate how a professional trustee can add value. In this case, I also needed to establish an effective ongoing dialogue with the scheme sponsor.

In a relatively short time, I gained the support of the trustee board and was able to bring them into the open dialogue with the sponsor. This enabled decisions to be made more quickly and effectively, with a clear direction towards agreed scheme objectives. This is a particularly satisfying example.

For employers with multiple pensions schemes, streamlining governance can make a significant difference to cost and time efficiency. Here, I was appointed to help merge five pension schemes into one and establish an effective ongoing governance framework.

The receiving scheme had to be set up on a sectionalised basis. The sponsor wanted the sections to be removed as quickly as possible, which not all of the trustees of the original schemes were completely comfortable with. The sponsor also wanted to minimise the number of trustees on the new merged scheme board, but each original scheme board felt they needed representation. That meant we started with a large board of nine, which led to inefficiency.

I understood the sponsor’s reasoning but also the concerns my co-trustees had. By setting up a clear governance framework we enabled the trustees to be confident legislative and compliance requirements were being met. Alongside this, I worked closely with them to gain trust and demonstrate all member interests were being properly considered.

In time we were able to reduce the board to five and gain time and cost efficiencies. Creating a clear plan of action to ensure key milestones were met, decisions made and assurances received meant the entire trustee board could work effectively with the sponsor to achieve the removal of the first section at the time of the first valuation. This started the next stage of the pension scheme’s strategic journey.

I’ve always known relationships are important but writing this has reinforced just how much. As professional trustees, we’re building them all the time. Some come easily, others take more work. Whichever it is, connecting with people is one of the most fulfilling parts of my job. 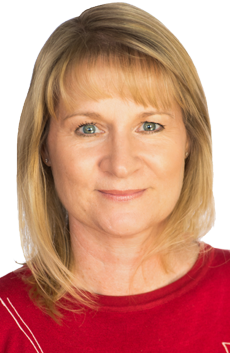 In this case study, the trustees decided not to obtain an independent covenant review, but...

‘ Want to know how to implement D&I in your pension scheme? ’

A good place to start is requesting a copy of our D&I guide for pension trustees and pension...