“Excellent, very strong relationship. Good understanding of our needs. We can absolutely rely on PSGS. ”

Whether you’re undergoing a corporate transaction or another event could affect your DB pension scheme, obtaining a clearance statement from The Pensions Regulator (TPR) is rarely straightforward.


There are many situations where you may consider using The Pensions Regulator’s clearance process - especially those that may be of material detriment to your defined benefit (DB) pension scheme and its members. These include:

When a TPR clearance application is being made, pension trustees and the scheme sponsor are likely to be in a position of disagreement and potential conflict. PSGS's experience as professional independent trustees, and trained mediators, together with our close working relationship with The Pensions Regulator, mean we can steer you through the clearance process and come to agreement quickly and efficiently, no matter how complex your situation is.

Our client: a leading publishing house

We organised an independent covenant review. This stated the pension schemes’ sponsor would be less financially robust after the de-merger, but the covenant would not be significantly reduced because the group’s legal obligation to the schemes was uncertain.

Despite this, the group wanted to apply for clearance from The Pensions Regulator. In return for the pension trustees’ support of their application, as an independent trustee we were able to negotiate substantial payments into the pension schemes and some additional financial support from the wider group for the scheme sponsor.

If you would like to find out more about how we can help you with your TPR clearance application, please contact us.

Speak direct to our specialist in this area 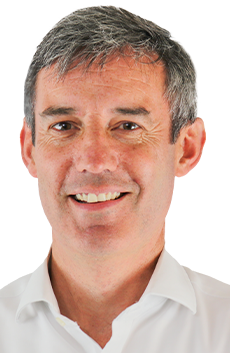 Or call us on:

Spiders from Mars? Is high inflation taking us back to the 1970s?

How a leading commercial bank benefits from using a healthcare trust

How effective is your pension trustee board?