“It’s a pleasure working with key members of the PSGS team: their experience and leadership means that they know how to get the job done, working in partnership with fellow trustees, employers and advisers to achieve the best result for members.”

“Where PSGS are appointed to act in conjunction with an existing body of trustees, we have found that they are quickly able to fit in well and gain the trust and respect of their co-trustees. ”

You never know what you have until you start looking!

Many defined benefit (DB) schemes were established decades ago and their rules are drafted in a very legalistic manner (especially if they haven’t been revised but just added to). Despite containing colons and semi colons, some seem to have no full stops, so it’s like reading a 100 page long sentence! When you’re a pensions manager or scheme secretary, you have to face the issues this can raise.

We are often challenged with problems found either by a new pension administrator or the existing administration team (for example, when looking at data for other projects) or the pension trustees when investigating complaints. Poor administration and drafting of deeds can be to blame, as can badly written trustee meeting minutes that do not confirm clear outcomes.

Issues I have seen range from incorrect revaluation on deferred pensions to barber equalisation problems and often lead to members being paid the wrong benefits. In this situation, supporting pension trustees to help them understand the problem and give them the advice they need to tackle it is vital. If the trustees have a competent pension scheme administrator on hand too, they can also be very supportive by running the numbers.

The current Guaranteed Minimum Pension (GMP) reconciliation, rectification and equalisation projects will undoubtedly unearth some quite surprising discrepancies. When working on a buyout several years ago, and reviewing the data, we discovered a member had benefits put into payment based on a quotation at a completely different age – not easy to solve but it had to be done!

…and, of course, we help pension trustees communicate the benefits of this, but sometimes the member simply forgets to update it. They could have filled one in some time ago and now their circumstances have changed, or they just don’t want to. I have had several conversations in my career with members stating quite clearly they had no intention of completing one (just think, 60% of people don't have a will). This can lead to substantial investigations when a member dies and there is a lump sum death benefit or a dependant’s pension to pay.

Our way of life is now more complex and diverse with many more issues to consider than fifty years ago. As I said, legacy DB pension scheme rules could have been written decades ago and some are quite telling in the way they portray death benefits. Not necessarily the actual amount of benefits, but the range of potential beneficiaries the pension trustees can pay to.

As a pension scheme secretary, I support trustee boards with the discretionary decision making process using my experience to look at the information provided and formulate any additional questions the trustees need answering to help them come to a conclusion. Helping trustees understand their rules and their role in exercising their discretion so they are confident in making decisions on these complex issues is a big part of what we do. I just wish pension scheme rules could help bring clarity to complex cases more quickly than they often do!

Recently, I had a case with some very unusual rules. Initially, we thought a child could be paid a pension if the deceased member did not leave a qualifying spouse. However, a further read of the definitions left me quite astounded! This only applies if the child lived with the member (he didn’t) or the member had paid maintenance for the child (he hadn’t).

As things stood, the child could not benefit because the father had not supported the family in any way since his divorce from the child’s mother, even though the father had not left a spouse. To me, not being able to pay a pension to the boy seemed completely wrong!

We reviewed the pension scheme rules with the trustees and concluded (although it was not obvious at all) we could instead pay a dependant’s pension to the young boy in line with the child pension terms. The scheme lawyer confirmed this could be done and the pension trustees decided this was the correct outcome.

‘ The beauty of transactions ’ 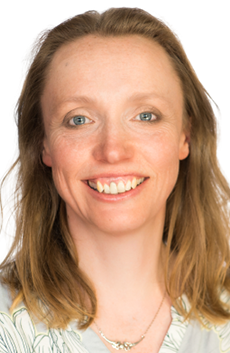 We’ve just had a team day – and it was so nice to see people in person and finally (properly)...

‘ What’s the formula for success in virtual trustee meetings? ’

When face-to-face meetings were impossible during the pandemic, pension trustee boards were...